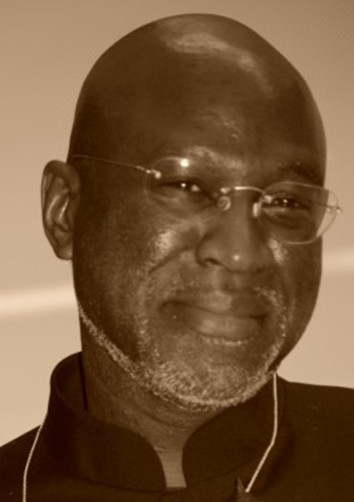 Dr. Segun Shabaka (Segun pronounce shay-goon) is a lifelong resident of Brooklyn, New York, with an extensive and consistent activist history, beginning as a high school student when he formally began studying African and African American history, culture and language.  Dr. Shabaka recently retired from the New York City public school system as a high school history instructor, and for a period of time served as chairperson of his school’s history department. He organized the school’s first annual trips to Africa.  Beginning in the early 90’s, he has served as an adjunct professor at the College of New Rochelle.  He has over 40 years of experience in education, serving in numerous capacities.

Dr. Shabaka is the chairperson of the New York Chapter of the National Association of Kawaida Organizations (NAKO), of which preeminent scholar-activist Dr. Maulana Karenga is the National Chair.  For the past 28 years he has coordinated NAKO’s annual ‘Symposium on Culture, Community and Struggle.’ He is also chair and a founding executive board member of the International African Arts Festival (www.iaafestival.org; info@iaafestival.org), which is going into its 47th year.  His responsibilities include operating and coordinating the various components of the festival as well as chairing the arts & entertainment committee which is responsible for pulling together all of the children and family artists performing at the event. Additionally, Dr. Shabaka operates his own cultural consultant and travel business, Pyramid Productions (www.pyramidproductionsnyc.com), which for almost three decades has taken groups to Africa and countries in the African Diaspora.  He is also a lifetime member of the International Black Women’s Congress, having worked with the organization and its founding president, Dr. La Francis Rodgers-Rose, for about thirty years.

Starting in the early seventies, Dr. Shabaka worked diligently for almost two decades at the Brooklyn based East/Uhuru Cultural and Educational Center, which housed Uhuru Sasa Shule (Freedom Now School); at that time one of the largest independent African American educational institutions in the country.  Starting in his late teens as a volunteer at the institution, he soon became a full-time employee of the school where he taught pre-school through high school, as well as a wide range of subjects such as history, Swahili, math, physical education and martial arts.  Dr. Shabaka served from 1978 to the mid 80’s as the editor and manager of organization’s newspaper and printing services, Black News and Pyramid Press, respectively. From 1980-87 he served as the institution’s executive director.  As executive director he coordinated over 3-dozen community based institutions, organizations, programs and services housed at the Uhuru Cultural Center.